As we’ve often noted, there’s so much going on in the world, that important stories are missed all the time.

It’s also an era of less attention focus capacity (or willingness) and more cognitive chaos than perhaps ever.

There are still excellent journalistic outlets and reports, although the deficit in this area with replacement by entertainment over issues continues a pace.

History is a critical aspect of understanding who we are and what is happening at the moment. In this post we visit the history of a civilization unknown to most–in Sudan–and the impact in the context today of crimes against humanity, revolution, coups and continued protest for democracy and economic and social justice.

Its a story that’s told in the current issue of National Geographic Magazine, with riveting text and incredible photography–some with images going back 3,500 years.

“Facing an uncertain future, Sudan is drawing strength from its ancient past”, BY KRISTIN ROMEY, PHOTOGRAPHS BY NICHOLE SOBECKI, February 2022 issue of National Geographic magazine.

Amid a revolution and subsequent coup, the country’s youth find inspiration in one of Africa’s great civilizations: the little-known kingdom of Kush. 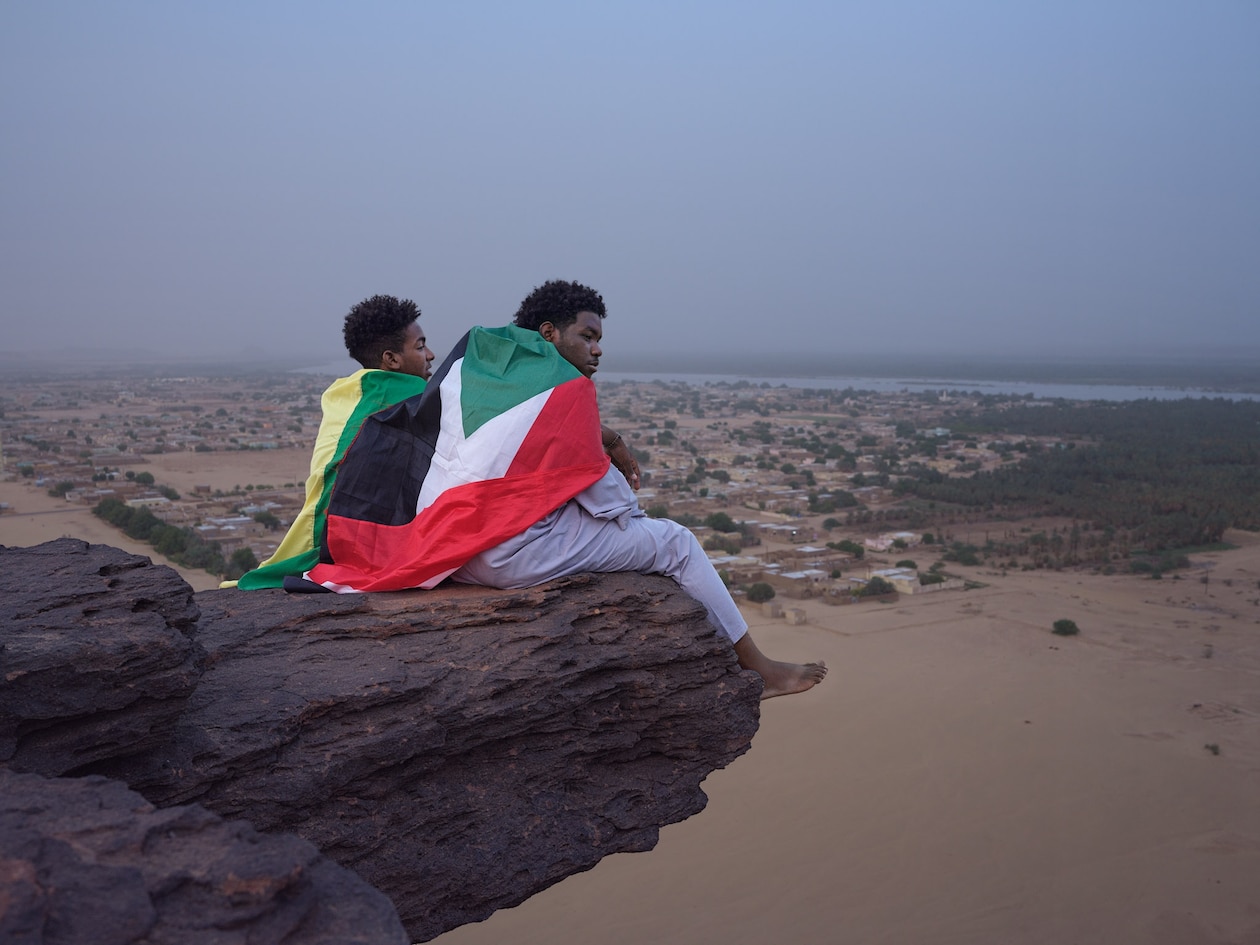 Ahmed Ibrahim Alkhair (at far left), wrapped in the first flag of independent Sudan, and Awab Osman Aliabdo, with the current flag, take in the view from Jabal Barkal. Sudan’s 2019 revolution ousted its Islamist dictator and stirred hopes for democratic rule. But after a military coup last fall, the nation now teeters between the possibility of peace and the threat of more violence.
Recent Posts
Archives