The BBC has obtained extraordinary recordings which we believe to be of phone calls made by former Tunisian dictator, president Zine al-Abidine Ben Ali, as he flew out of the country in 2011. These final moments show how his authority crumbled, sealing the fate of his 23-year dictatorship and sparking the region’s wave of pro-democracy Arab Spring uprisings. 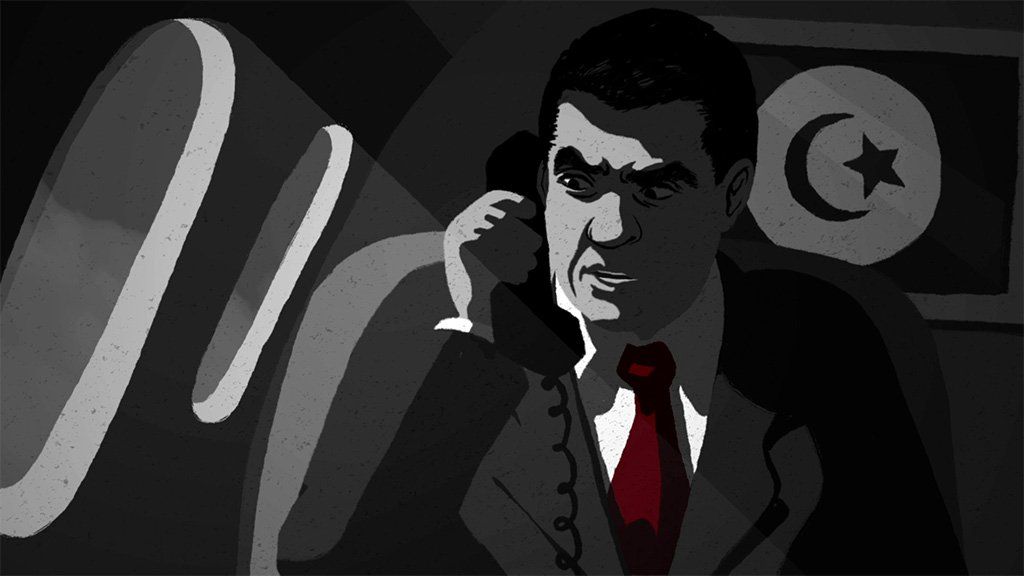 The recordings – obtained by BBC News Arabic Documentaries – have been forensically analysed by audio experts who found no evidence of tampering or manipulation. Ben Ali died in exile in 2019, but the BBC has also played these recordings to people who know the individuals concerned, and they believe the voices to be genuine, further supporting the authenticity of the recordings. However some of the people concerned strongly dispute their veracity.

If genuine, the recordings give an incredible insight into the change in Ben Ali’s mood in the last 48 hours of his regime, as he slowly begins to grasp the true impact of protests rocking his feared police state.

The recordings – extracts of which are included below – begin on the evening of 13 January 2011. The first is a call to a close confidant, believed to be Tarak Ben Ammar, a successful media tycoon who is known for encouraging director George Lucas to film the first Star Wars movie in Tunisia. Earlier that day Ben Ali had made a televised speech to the nation, in an attempt to quash the momentum of mass demonstrations.

Widespread discontent at economic hardship and decades of autocratic rule and corruption had erupted weeks earlier after a young street vendor, Mohamed Bouazizi, set fire to himself when officials stopped him selling produce in the town of Sidi Bouzid. By 13 January about 100 people had died in the protests, which were now overwhelming the streets of the capital.

But Ben Ali sounds reassured when Ben Ammar appears to lavish him with praise.

“You were wonderful, this is the Ben Ali that we’ve been waiting for!” says Ben Ammar in the recording.

Ben Ali is self-deprecating, saying his speech lacked fluency, but his confidant reassures him.

“Not at all… It’s a historic comeback. You’re a man of the people. You speak their language,” his friend says.

Ben Ali laughs with what sounds like relief. But the speech made to the Tunisian public clearly isn’t enough. The next day, protests intensify and threaten to overrun the Ministry of Interior. Arrangements are made for Ben Ali’s family to get on a flight out of the country for their own safety – headed to Saudi Arabia – and Ben Ali is then persuaded to escort them, he says.

The content and the timing of the next recordings place Ben Ali on this flight.

He can be heard making a series of increasingly frantic calls to three people – believed to be his defence minister, the chief of the army, and a close confidant – Kamel Eltaief.

He begins by asking someone we understand to be Minister of Defence Ridha Grira about the situation on the ground back in Tunisia. Grira breaks it to him that an interim president is now in place. Ben Ali asks Grira to repeat this information three times, before responding that he will be back in the country “in a few hours”.

He then calls a man the BBC believes to be close confidant Kamel Eltaief. Ben Ali tells Eltaief that the defence minister has reassured him events are under control.

“No, no, no. The situation is changing rapidly and the army isn’t enough,” his friend tells him.

Ben Ali interrupts him to ask: “Do you advise me to come back now or not?” He has to repeat the question three more times before Eltaief properly responds.

Ben Ali then makes a call to who we believe to be the chief of the army, General Rachid Ammar. Ammar doesn’t appear to recognise the voice on the end of the line. “I’m the president,” Ben Ali has to tell him.

Ammar reassures him that “everything is ok”. Again, Ben Ali poses the same question he asked Eltaief – should he return to Tunisia now? Rachid tells him it would be better for him to “wait a while”.

“When we see that you can come back, we’ll let you know, Mr President,” Ammar tells Ben Ali.

He calls his defence minister once more, again asking if he should return home, and this time Grira is more forthright, telling Ben Ali that he “cannot guarantee his safety” if he does so.

Just after midnight, President Ben Ali’s plane lands in Jeddah, Saudi Arabia. He orders the pilot to prepare for his return trip, and he and his family are escorted to the King Faisal Palace Guest House.

But the pilot disobeys the order. He abandons Ben Ali and flies back to Tunisia.

Waking in Saudi Arabia the next morning, Ben Ali rings his defence minister again. Grira admits the administration is not in control of what is happening on the streets. He tells Ben Ali that there is even talk of a coup. Ben Ali dismisses this as the action of “Islamists”, before once more talking about returning home.

Grira now seems to attempt to level with his boss.

“There’s anger on the streets in a way that I cannot describe,” Grira says. He seems keen to be clear with the president, adding: “So that you cannot say that I misled you, and the decision is yours.”

Ben Ali tries to defend his reputation. “What have I done to the street? I served it.”

“I’m giving you the situation, not an explanation” Grira replies.

Within hours a new government is formed in Tunisia – one in which many of the same ministers, including Grira, maintained their positions. Ben Ali was never to return to his homeland, remaining in Jeddah, Saudi Arabia, until his death in 2019.

Defence Minister Ridha Grira and Army Chief Rachid Ammar declined to comment on the recordings when contacted by the BBC. Ben Ali’s confidants, Kamel Eltaief and Tarak Ben Ammar, denied that the calls with them had taken place, with Ben Ammar adding that he had not attempted to reassure the president about his rule.

The BBC has spent more than a year undertaking research into the authenticity of the recordings. They have been analysed by a number of leading audio-forensic experts in the UK and the US who looked for signs of tampering or editing, or ‘deep fake’ processing which artificially replicates voices. No suggestion of any kind of manipulation could be found. 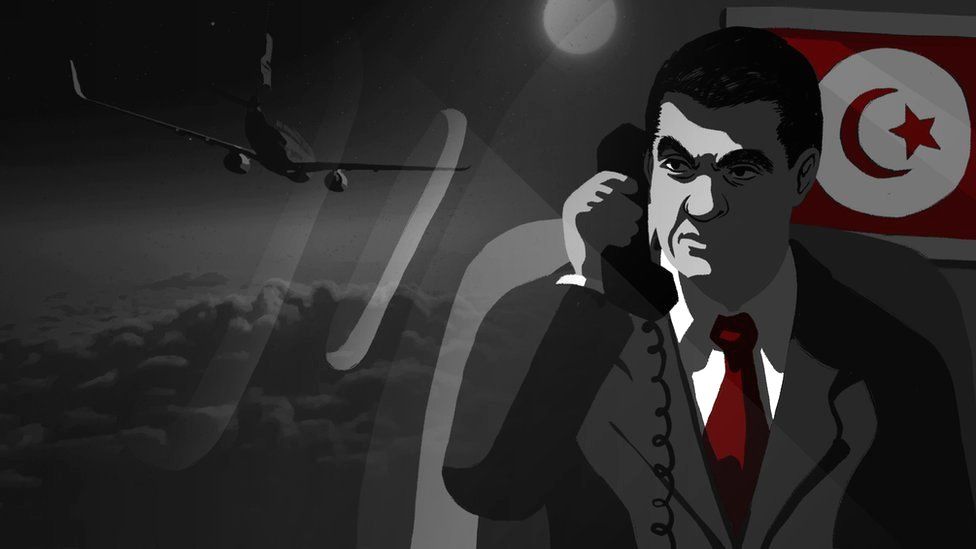 The BBC also sought to confirm the identity of those on the calls by playing the relevant extracts to individuals who know at least one of the speakers that appear to be heard. Those consulted included three of Ben Ali’s top security officials, leaders of his political party, and even a voice-imitator of the president.

All of those approached could identify the speakers and did not raise concerns about authenticity. Other evidence also corroborates the background of these calls, including previous statements by Minister of Defence Grira and Army Chief Ammar that they had spoken to the president while he was on the plane, with Ammar’s recollection closely matching the content of his call.

The recordings suggest how an autocrat who oversaw a repressive and feared surveillance state for 23 years had been reduced to confusion and was at the mercy of his ministers’ instructions in his final moments in power. In 2011, during his exile in Saudi Arabia, Ben Ali received a life sentence in absentia over the death of protesters during the revolution.