“The Brazil Variant Is Exposing the World’s Vulnerability”, The Atlantic

Somehow the coronavirus is rampaging through a city that was supposedly immune.

Even in a year of horrendous suffering, what is unfolding in Brazil stands out. In the rainforest city of Manaus, home to 2 million people, bodies are reportedly being dropped into mass graves as quickly as they can be dug. Hospitals have run out of oxygen, and people with potentially treatable cases of COVID-19 are dying of asphyxia. This nature and scale of mortality have not been seen since the first months of the pandemic. 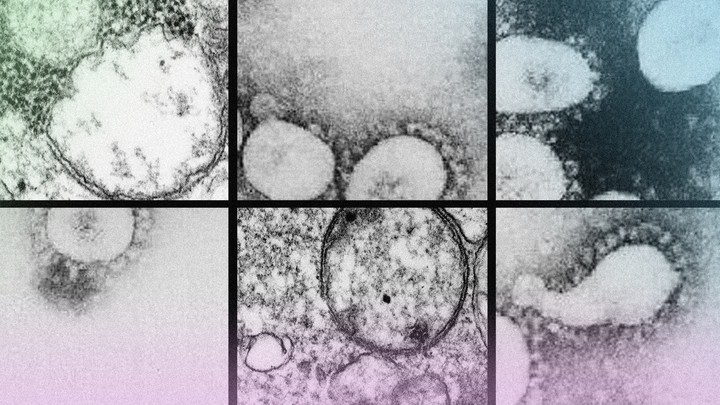 This is happening in a very unlikely place. Manaus saw a devastating outbreak last April that similarly overwhelmed systems, infecting the majority of the city. Because the morbidity was so ubiquitous, many scientists believed the population had since developed a high level of immunity that would preclude another devastating wave of infection. On the whole, Brazil has already reported the second-highest death toll in the world (though half that of the United States). As the country headed into summer, the worst was thought to be behind it.

Data seemed to support the idea that herd immunity in Manaus was near. In Sciencethis month, researchers mapped the virus’s takeover last year: In April, blood tests found that 4.8 percent of the city’s population had antibodies to SARS-CoV-2. By June, the number was up to 52.5 percent. Since people who get infected do not always test positive for antibodies, the researchers estimated that by June about two-thirds of the city had been infected. By November, the estimate was about 76 percent. In The Lancet this week, a team of Brazilian researchers noted that even if these estimates were off by a large margin, infection on this scale “should confer important population immunity to avoid a larger outbreak.” Indeed, it seemed to. The city was able to largely reopen and remain open throughout its winter with low levels of COVID-19 cases.

Yet now, the nightmare scenario is happening a second time. The situation defies expert expectations about how immunity would help protect the hardest-hit populations. By estimates of leading infectious-disease specialists, such as Anthony Fauci, when roughly 70 to 75 percent of the population is immune, there can still be clusters of cases, but sustaining a large-scale outbreak becomes mathematically impossible. Still somehow, according to The Washington Post, hospitals in Manaus that had thought they were well prepared are now overwhelmed.

Though many questions remain, one plausible explanation is that people who have already been infected by the virus are getting sick—and not mildly so. That possibility has been long feared throughout the pandemic, yet not previously seen on any significant scale. It comes at a time when variants of SARS-CoV-2 are being identified around the world, including a report in Minnesota of a case of the variant that has become dominant in Brazil. Although no known variants have been found to pose an immediate threat to vaccinated people, the capacity for reinfection to any significant degree would reshape the pandemic’s trajectory.

Two important factors seem to be playing a role in Brazil’s resurgence. The first is that, after a COVID-19 infection, the natural immunity that our bodies develop seems to vary in strength and permanence. Protection wanes after infection with most respiratory viruses, including coronaviruses. A recent study in The New England Journal of Medicine found that health-care workers in the U.K. had very low rates of repeated infection in the first six months after getting COVID-19, but cases did occur. Other studies have found that antibodies in our blood decrease over time, so people who were infected last year may now be experiencing declines in immunity. The new wave of COVID-19 cases in Manaus occurred about eight months after the initial wave. People might have lost some degree of immunity during that window.

Read: Immunology is where intuition goes to die

But that’s likely only part of the picture. The second factor is the virus itself. Several newsworthy variants exist, including those in the U.K., South Africa, and California. (So it’s easy to lose track, as much alarm has been raised over their various mutations.) But the variant in Brazil, known as the P.1 (or B.1.1.248) lineage, has a potent combination of mutations. Not only does this variant seem to be more transmissible; its lineage carries mutations that help it escape the antibodies that we develop in response to older lineages of the coronavirus. That is, it at least has a capacity to infect people who have already recovered from COVID-19, even if their defenses protect them against other versions of the virus. One case of reinfection with this new lineage has already been documented, even though very little genomic sequencing is being done.

The mutations that help the virus spread and evade immune responses have arisen independently in multiple places. Combined with waning immunity, these factors underscore the challenge before the world: Populations may still be vulnerable to disaster scenarios just when things seem to be getting better. It’s not yet known how many of the people currently infected in Manaus have previously recovered from COVID-19. Early data suggest that the P.1 variant is now dominant in the city, but this does not mean the variant will take over everywhere. Each place and population is unique, and susceptibility will vary based on which variants have already spread. Still, the virus’s capacity to cause such a deadly second surge in Brazil suggests a dangerous evolutionary potential.

As the virus evolves, the threat is not encapsulated by any single variant. New, dangerous variants are all but inevitable when there are extremely high levels of transmission of the virus. As more people gain immunity, the selective pressure on the virus will favor the variants that can most effectively evade immune responses. Whether the Brazil variant manages to widely evade human immune responses, or whether some future variant does, the basic nature of evolutionary biology means that the virus should be expected to evolve in ways that circumvent defense mechanisms. Evidence that it is already doing so has been clear in the latest vaccine trial data.

Read: The coronavirus is evolving before our eyes

The solution, then, depends on vaccination. The immune response that the vaccines create is generally more robust than the immune response we get after being infected by a virus, and should buy a population more protected time than would a surge in exposure to the virus. Wealthy countries have time to avoid a fate like Brazil’s through immediate, efficient vaccination. In most places, however, this is not close to happening. And as of last week, only one of the world’s 29 poorest countries had vaccinated anyone at all. A study in the journal BMJ estimated that vaccines will not be available to more than a fifth of the world’s population until 2022.

The coronavirus’s constantly evolving nature is a stark reminder that the entire world is in this crisis together. Vaccine distribution is more than just an issue of justice or morality. Ensuring that every human is vaccinated is in everyone’s interest, as global distribution of vaccines is the most effective way to drive down the virus’s capacity to replicate and evolve. The key will be bringing down the global rates of transmission as quickly as possible—not getting any single country to 100 percent vaccination while dozens of countries roil.

“It is truly confounding that wealthier nations think that hoarding vaccines is the way to protect their citizens from a global pandemic that doesn’t respect borders,” the global-health researcher Marine Buissonnière said in a Physicians for Human Rights meeting on Friday. As the virus currently surges across Africa, some 2.5 million health-care workers are unvaccinated. “Clearly, the failure to address vaccine allocation based on health and epidemiological needs, rather than national interest, is now promising to have a dire impact on the world’s ability to achieve rapid, global control of COVID,” Buissonnière said.

The coming year could be a story of two worlds undermining each other. Certain countries will approach herd immunity by vaccinating almost every citizen. Other countries could see mass casualties and catastrophic waves of reinfection—potentially with variants that evolved in response to the immunity conferred by the very vaccines to which these populations do not have access. In the process, these hot spots themselves will facilitate rapid evolution, giving rise to even more variants that could make the vaccinated populations susceptible to disease once again. In a recursive loop, the virus could come back to haunt the vaccinated, leading to new surges and lockdowns in coming years. The countries that hoard the vaccine without a plan to help others do so at their own peril.

JAMES HAMBLIN, M.D., is a staff writer at The Atlantic. He is also a lecturer at Yale School of Public Health, co-host of Social Distance, and author of Clean: The New Science of Skin.