“Disney’s Mulan tells women if they know their place, they can ‘have it all’”, South China Morning Post

Disney’s live-action adaptation of Mulan was released last week amid much controversy. Accusations of Disney bowing to the Chinese Communist Party emerged when the trailer was released.

Many were outraged to learn the movie was partially filmed in Xinjiang, where at least 1 million Uygurs have been forced into internment camps. They also objected to actress Liu Yifei’s reported support of the Hong Kong police during the 2019 protests

Criticisms of the movie include its historical and geographical inaccuracies, an undertone of Islamophobia, and a misrepresentation of chi (life force).

Also concerning, but less visible, is how Disney’s Mulan is a more conservative telling of an ancient story – and the place of women – than some historical Chinese renditions. While Mulan might claim to be a tale of female empowerment, ultimately this film is about how women will only be rewarded if they know their place.

The 2020 adaptation of Mulan follows the basic plot of the 1998 Disney animation. The dutiful heroine, Hua Mulan, cross-dresses as a man to take her father’s place in the army. She returns victorious.

The original ballad, Mulan shi (“The Ballad of Mulan”), dates back to the Northern Wei dynasty (386-534), a period of warfare and instability. Readers of this poem are exposed to the painful emotions that surround Mulan’s decision to go to war.

In early renditions, Mulan was a Northerner of unspecified ethnicity, and some retellings cast her as a resistor to the imperial court.

Scholars have likened Mulan to a blank canvas. The freedom to tell her story in different ways has contributed to its popularity. By the 20th century, the ethnicity of this female warrior was designated as Han, and her loyalty allied with the central government.

In Mulan Joins the Army (1939), Mulan’s filial piety was emphasised as a service to the country.

Similar themes were explored in Lady General Hua Mu-lan (1964) and Mulan: Rise of a Warrior (2009). Disney’s 1998 animation was the first major non-Chinese adaptation of the Mulan story.

In these retellings, Mulan had fully transformed into a defender of the state. 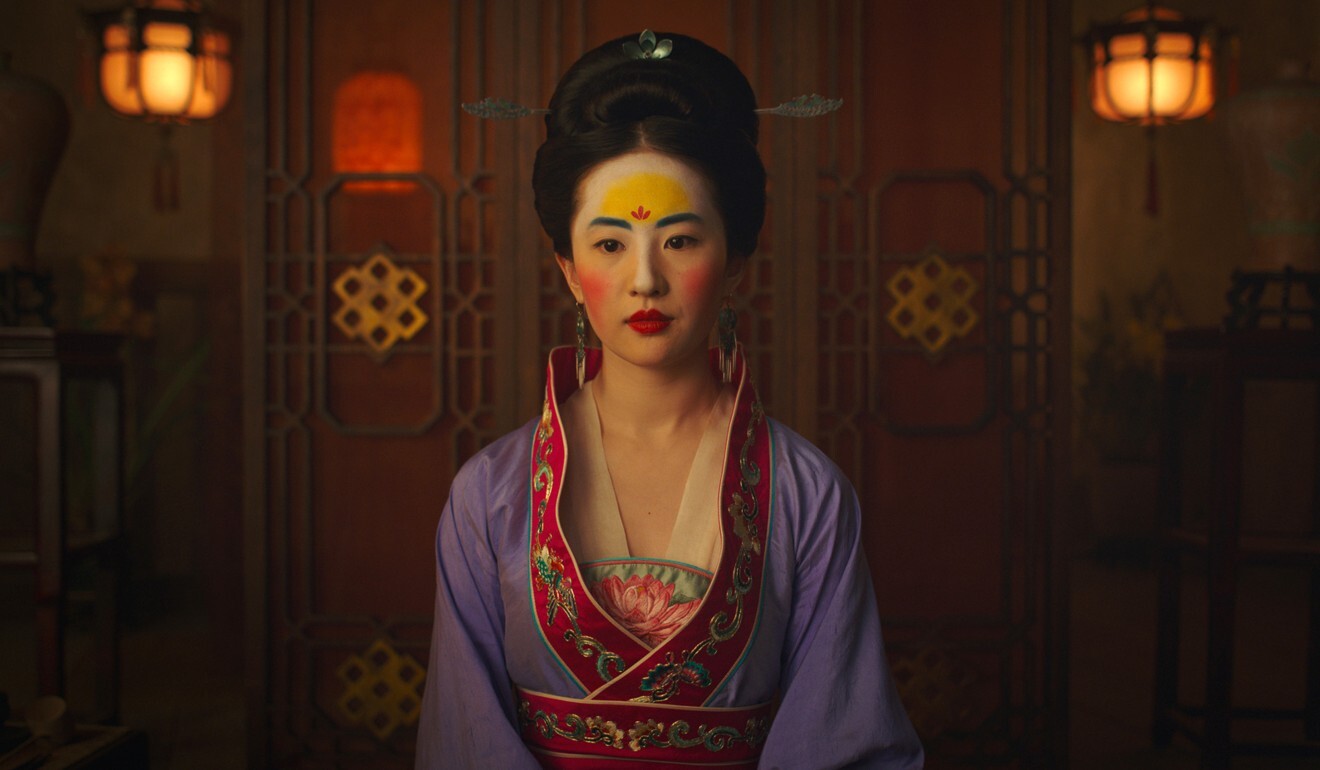 In Disney’s film, Mulan is asked to hide her special chi. Photo: Disney via AP

Early in the new film, the village matchmaker tells 16-year-old Mulan (Liu Yifei) a good wife is “composed, graceful, polite” and “when a wife serves her husband, she must be silent, invisible”.

Mulan fails to embody these long-held virtues of an ideal Chinese girl, and her father exhorts Mulan to hide her special chi. This masculine power has no place in a girl’s life. The only way she can honour her family is through marriage.

However, Mulan ultimately brings honour to her family by demonstrating that she is “loyal, brave and true” – qualities engraved on her father’s sword. Mulan knows her crippled father will die in battle if he is conscripted into the army. Taking his place, she leaves home in the middle of the night with the sword.

Like Mulan herself, Disney pretends to be something it is not

As a reward for her courage and leadership in saving the Emperor, he bestows her an official position in the imperial guard, but Mulan rejects the offer and returns home.

The Emperor sends his men to offer Mulan a new sword. In addition to the three qualities, the new sword is engraved with a fourth virtue, xiao (“filial piety”, translated in the film as “devotion to family”). The men urge her to reconsider the Emperor’s offer and join the guard.

The film ends with the phoenix, Mulan’s ancestral guardian, circling above her. This creature has been her guide and its reappearance signals her acceptance of the offer. Because her love interest, Honghui, is an imperial soldier, it is implied she will fulfil her romantic desires as well.

Mulan is rewarded for knowing her place and for her xiao: by working within the dominant patriarchal system, she is a woman who “can have it all”. 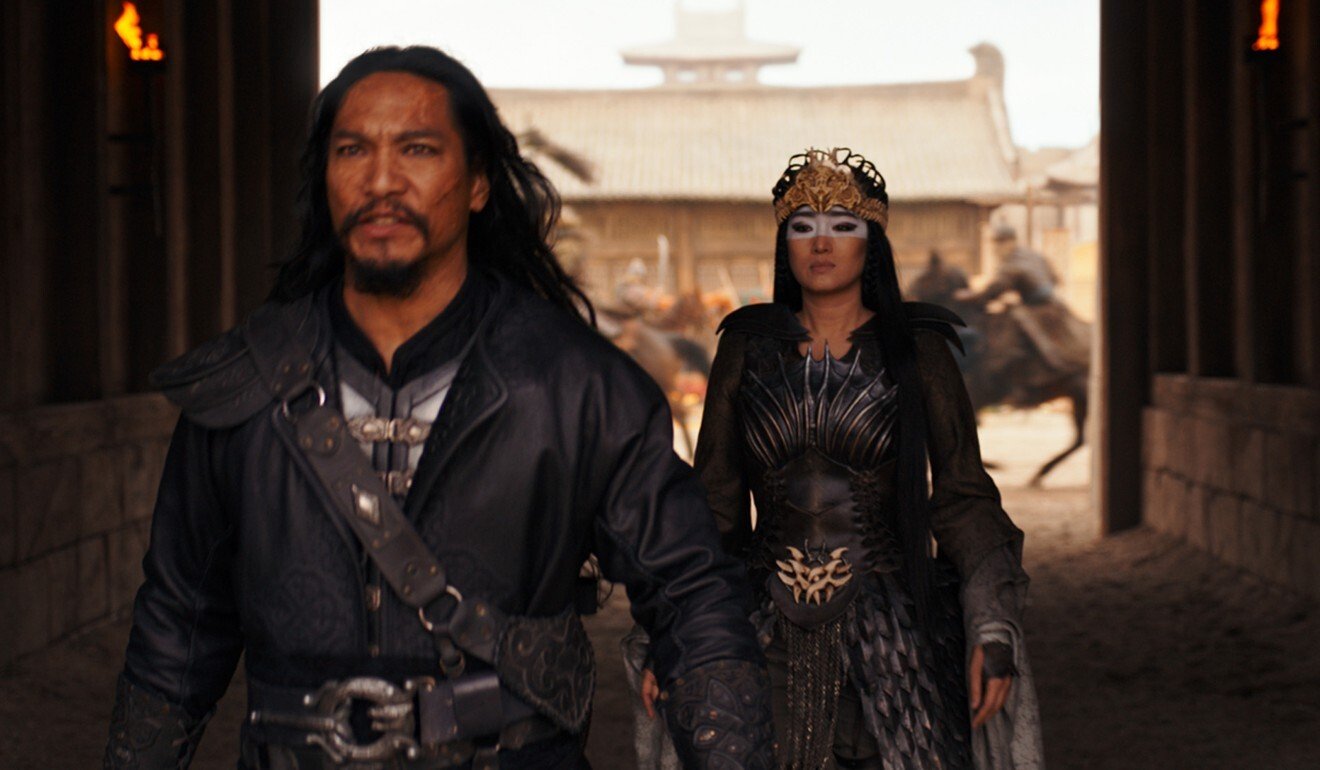 Xianniang (right) wants to build a kingdom where strong women are accepted for who they are. Photo: Disney Enterprises/TNS

A 17th century band of sisters

Within the film, the villain Xianniang (Gong Li) provides a powerful contrast to Mulan.

Xianniang invites Mulan to join forces and rebel against the Emperor. She wants to build a kingdom where strong women are accepted for who they are, but Mulan responds, “I know my place” – emphasising her duty is to serve her Emperor.

Ultimately, Xianniang sacrifices herself to save Mulan. By refusing to work within the system, Xianniang’s death signifies the failure of her radical approach.

Disney walks US-China tightrope with ‘Mulan’ and loses its balance

Rather than being a story of female empowerment, Mulan promotes the idea that women must put male authority figures before themselves to achieve recognition.

The story of Mulan has not always sent this message. In a version by the 17th century author Chu Renhuo, set at the end of the Sui dynasty (581-618), Xianniang is a warrior princess who becomes Mulan’s sworn sister. They lead a group of women soldiers and travel together. This friendship is absent from the Disney film.